You may not know exactly what needs to be assessed, but you know more information would be helpful. What can help your child learn? How can they get the support they need? Psychoeducational testing might be the best next step. Below you’ll find a description of our psychoeducational evaluation services. When you’re ready to schedule your testing session, please click the ‘Schedule Today’ button. Then, you’ll connect with us and get the process started.

Purpose of a psychoeducational evaluation

Psychoeducational testing ends the guessing game. The goal is to identify the root cause of poor academic performance in children and teens. This assessment can identify both your child’s strengths and areas of weakness. Allowing the strengths to be amplified and the weaknesses to be targeted and overcome. 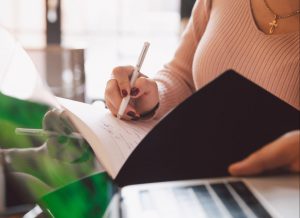 Signs that a psychoeducational evaluation is needed for your child 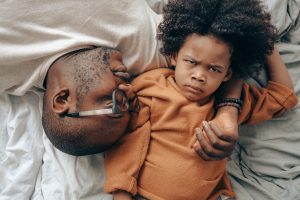 Components of a psychoeducational evaluation

Our Approach for psychoeducational testing

Next, cognitive testing is done to gain an overall view of your child’s strengths and weaknesses. Often, this includes testing in reasoning, memory, working efficiency, and executive functioning. Your child is in a testing room with a psychologist or psychometrician for multiple hours and sometimes multiple days.

Then, academic achievement testing is done. This testing will pinpoint where your child falls in the areas of reading, writing, and math skills. Next, our psychologists will compare the achievement test results with the cognitive tests. By doing this, we’ll be able to better understand any differences between achievement and overall cognitive capabilities. Our team doesn’t want leave any stone unturned. Sometimes, a red flag is raised based on the test data that gives us some clue what might be going on.  In those cases, we’ll use other tests throughout the testing process to get as much information as possible. Additionally, personality and emotional testing are also used to understand where your child is emotional. And, whether there is an emotional impact on your child’s academic performance. 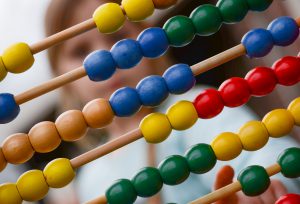 Steps of the Evaluation Process at Sheltering Oaks near Tampa, FL

Ready to Schedule an Appointment for testing or therapy?

We know how difficult it can be to take the first step to ask for help. You also may have questions! Our team of mental health professionals are available to help you through this process. Call today and we will get you scheduled with one of our therapists or testing psychologists. If you have questions before you begin, we're here to answer questions about therapy, testing, our counselors, or anything else. Please fill out the form below and we’ll be in touch with you soon!

Your family may need help in more than one way. At Sheltering Oaks Counseling, we want to meet the mental health needs of every member of your family. Therefore, we offer a number of  mental health services at our Wesley Chapel, FL based therapy clinic.  For example, our therapists offer Christian counseling, counseling for young adults, therapy for cancer survivors and trauma therapy. We also have marriage counseling, family therapy, play therapy, and counseling for ministers. Not only can we help you in our Tampa area counseling offices, but we can also work with you anywhere in the state with online therapy in Florida.

Additionally, we offer several types of testing services, including neuropsychological testing, ADHD testing, psychoeducational evaluation, Gifted testing, and more. Finally, our specialty services for veterans and parents as IEP advocates can help you too! We would love to connect when you are ready to reach out.

According to the American Psychiatric Association (APA), Attention Deficit Hyperactivity Disorder (ADHD) affects roughly 8.4% of children and 2.5% of adults. With such a large number of individuals affected, you would imagine symptoms of ADHD would be more...
Read More

Does my child need an ADHD test?

It is very common to experience trouble focusing or completing tasks from time to time. In fact, this happens more often than we realize. But, have you ever wondered if the trouble you or your child are experiencing may be due to something more than a slip of the...
Read More

Are you a military veteran and struggling to live civilian life? Do you have mental health challenges that make daily life an uphill battle? Have you ever tried to get mental health disability benefits through the V.A. but hit dead ends? You know your quality of life...
Read More

Can autism testing in Florida really help my child succeed

4 things to do before you start marriage counseling in Tampa, FL

There are many reasons why couples seek marital counseling. Often couples come in sharing that they struggle to communicate effectively and wish for this to be different. Other times, specific life events have impacted the marital relationship, and couples need...
Read More

How to tell if psychoeducational testing is right for your kid.

Psychoeducational testing is a very useful tool to aid in a child’s academic success! The purpose of psychoeducation testing is to evaluate a child’s current functioning or performance level to guide or manage expectations and to assess the necessity for academic...
Read More

3 Signs You Might Be Struggling With Grief and Loss in Tampa, FL

Grief is one of the only emotions that brings healing through its own expression. But engaging in grief and learning how to make room for it in your life so that it can be expressed in healthy ways can be a big challenge. Often, we treat grief like a beach ball that...
Read More

What to look for when you need family therapy in Florida

Have you ever, as a parent, found yourself at a loss for what to do with a reoccurring problem in your family? Maybe it’s a conflict or argument that always seems to happen at the end of the day. Perhaps, it is struggling to balance your work and family life and the...
Read More

Personality Testing: When should I get tested?

At some point in our lives, we find that we will not get along with everyone. As we get older, we start to learn that each partner influences the relationship. The strength of a relationship is determined by desire and the willingness to keep the relationship strong....
Read More

How to support your child with ADHD: Tips from a Tampa Therapist

During childhood, most ADHD sufferers struggle academically, behaviorally, and relationally across many areas of their lives.  For these reasons, it is important to help your child navigate their struggle with ADHD when they are as young as possible.  Parents have an...
Read More

We regularly send out helpful information about counseling, testing, and other interesting topics. Don't forget to look for us on Facebook. Thank you!